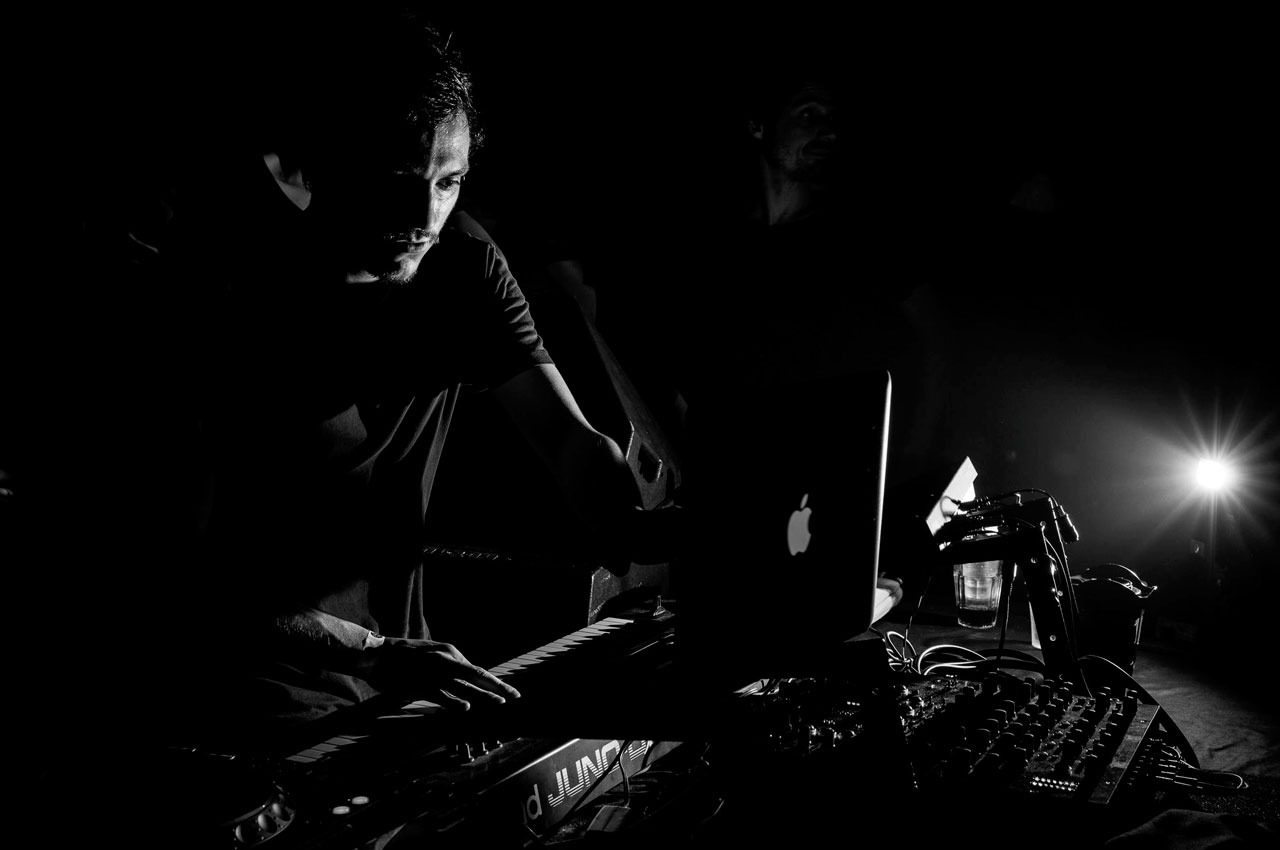 Paul Cut is deﬁnitly not the newest avatar of French House’s wunderkid. No, despite his « moma’s boy » proﬁle, his classical and jazz piano training, his proximity to legends such as Kerri Chandler or Chez Damier and his central role within D.KO, a key label of the electronic music renewal in France, Paul has deﬁnitely better to sale than just a nice resume. In fact he might perfectly embody, yet in real humbleness, the purest essence of France’s best House Music.

One of the main reasons to this is that Paul Cut built up a bold sense of his musical environment. Not only being fully integrated into the Parisian microcosm, one can also easily recognize that his sound is truly resonating with the electronic tradition of the French capital. Unless much of his peers from his generation who have discovered House Music over Internet diggings, Paul Cut has literally incorporated all of its fundamental elements.

After teenage years having fun in Jazz and Funk bands Paul was introduced to electronic music by his older brother and started working behind machines at the age of 18. His inﬂuences do not deceit. Going from Stevie Wonder to DJ Deep via Matthew Herbert, I:Cube, Playing 4 The City, The Crusaders, Dego & Kaidi, Moodymann, Akufen... they are showing a versatile and abiding enthusiasm for the groove.

Looking at the best from his mentors’ work and subtly mixing it with his piano mastery, he is able to combine the best of a sturdy sample based House and the harmonic ﬁnesse of a more Soulful style. By some happy coincidence, one evening of 2014, Paul Cut ﬁnds himself on stage alongside Kerri Chandler...

A friend encourages him to join the master for a jam and he unleashes the dance ﬂoor accompanying him on the keyboard. It's an electroshock. Starting as a producer in 2015 on Ondulé Recordings, the label of underground veteran Joss Moog, he begins his career with a forthright statement : his passion for Jazz in all its forms will be the sustaining background of the various facets of his musical identity. And the least we can say is that he is seducing by his keyboard player talent. Flabaire, head of D.KO invites him to participate in Secret Value Orchestra, the live band project bringing together the label’s artists and in which they cheerfully mix House, Jazz, Soul and Funk. Joining team D.KO, Paul will ﬁrst release a split EP with his Lyon comrade Labat in 2016, then « Doum Doum EP » in solo in 2017. With Secret Value Orchestra they will release the same year « Serious Intentions EP » followed by the album « Unidentiﬁyed Flying Object ».

Flabaire and Paul Cut are today gathered in a new live project named Lou Chang. Inaugurated at Concrete this live set meeting electronic and organic instruments has already put ﬁre over a few French dance ﬂoors. But Paul Cut's musical vision does not stop here. Able to produce songs in collaboration with artists like Vadim Svoboda for Popcorn Records, the label of his friends Siler & Dima, he proves that his sense of groove does not limit to a style. It is thanks to them that he met Chez Damier with whom he shares the stage from time to time. Enthralled by Paul’s performances and his precise and vibrant style, the Chicago guru signed him an EP on Balance Recordings. « To Brothers » released in 2018 will be a consecration and the ﬁrst of Paul’s discography released outside his Parisian core. Chez Damier pursues further their association and integrates him into his Heart 2 Heart project alongside Ben Verden, another French artist with an unmistakable talent.

Today, Paul Cut intends more than ever to continue on this path, grateful to an environment in which he feels good and evolves naturally. Despite his short but eloquent discography, and thanks to his hybrid DJ sets (mixing turntables and keyboards) and thrilling live sets, he proves that his meticulous pianist talent is not just a simple line on his resume but ﬁts perfectly in a passionate vision of music, which assures him as a complete artist.

Spain - in collaboration w/ The Gathering

This email address is being protected from spambots. You need JavaScript enabled to view it.
Tel: +34 931 210 010
Territories: Spain

PRESS PACK
back to top