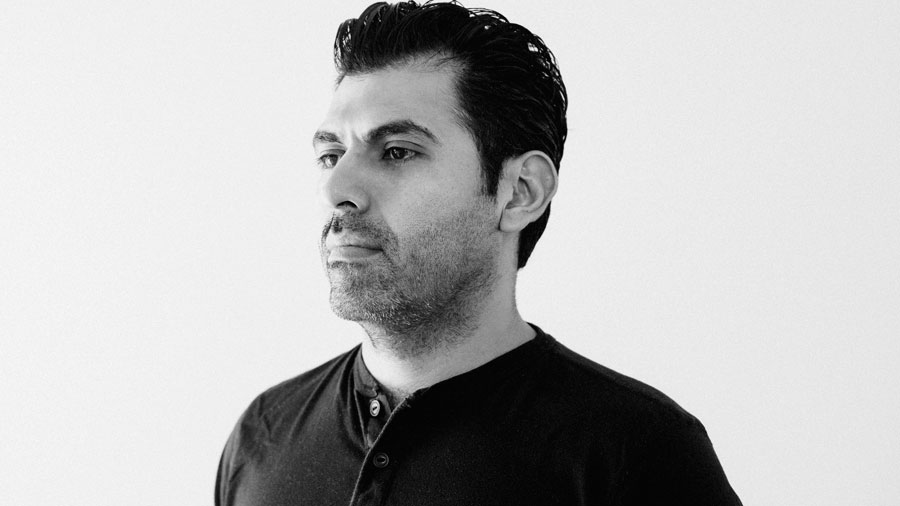 Esteban Adame started his musical career at age 15, Dj’ing at local house parties in and around Los Angeles. Like most bedroom DJs, Esteban built his home studio and tried his hand at producing. Wanting to refine his skills as a musician, he took a hiatus from DJ'ing to study piano formally.

In 2004, Esteban was invited by Mad Mike of Detroit’s Underground Resistance to participate as a keyboardist in a new project that Banks was putting together called Galaxy 2 Galaxy, as well as the Los Hermanos live act. For the next five years the group would entertain masses at some of the world’s best clubs and festivals; Berghain, The Loft, Fabric, The Arches, Yellow, Montreux Jazz Festival, Monegros Festival, Tea in the Park, Glade Festival, Metamorphose, and Astropolis to name a few.
After a tough techno boot camp with Banks, Esteban returned to production after a four-year break. Through this venture with UR, Esteban began working with hometown colleague and G2G band mate Santiago Salazar. It was through this collaboration that ICAN Productions was born.

ICAN, which is short for MexICAN, is a creative outlet for Santiago, Esteban, and DJ Dex (of UR fame). Since it’s inception, ICAN has published two releases on Carl Craig’s Planet E and 12 on ICAN Productions.

In 2010 Esteban met Jus ED of Underground Quality.  Shortly after, Esteban sent ED a series of tracks as promotional material. After hearing the tracks, ED offered Esteban the opportunity to release his own EP on UQ. In 2011 UQ 038 hit the stores. The “East Los Luv” EP was a homage to Esteban’s hometown of East Los Angeles. “East Los” short for East LA is a place that has a deep musical history and has helped to forge the sound he has today.

Since his release on Underground Quality, Esteban has steadily put out music under his own name as well as with his new moniker “Frequencia.” Frequencia is the darker side of his productions; getting away from the more soulful, jazz based material he has produced.  Esteban uses Frequencia to dig deep into sonic experimentation.

In addition to the Frequencia moniker, Esteban has also given rise to a new label called Bodega House Records. This serves as an outlet for his love of soulful House and Disco flavored works. Bodega House’s first release features Thee AfterDark, a 6 piece ensemble from Los Angeles that Esteban directs from the keyboard. In addition to musical direction,  Esteban produced, arranged, and co-wrote all the original material for the group. The group’s EP features a rendition of Gil Scott-Heron's The Bottle, as well as an original composition reconstructed by Kyoto Jazz Massive.

His debut album “Day Labor” does way the boundries of House and Techno while exploring both genres seamlessly, going back and forth between the two. The album will be accompanied by two singles with remixes by MGUN and as well as a duo effort by Anthony Parasole and Phil Moffa of the Corner, all to be released on EPM Music via Clone Distribution..

Esteban continues to DJ, produce, and play keyboards for various projects. His versatility as a musician has earned him positions in various ensembles from Jazz, Funk, Soul, to Latin, House, and Techno.  He has also collaborated with various artists, has several remixes to his credit, and has appeared as a guest performer/DJ all over the globe. Venues include The Edge in Sao Paulo, Corsica studios in London, Tape in Berlin, and Output in Brooklyn.